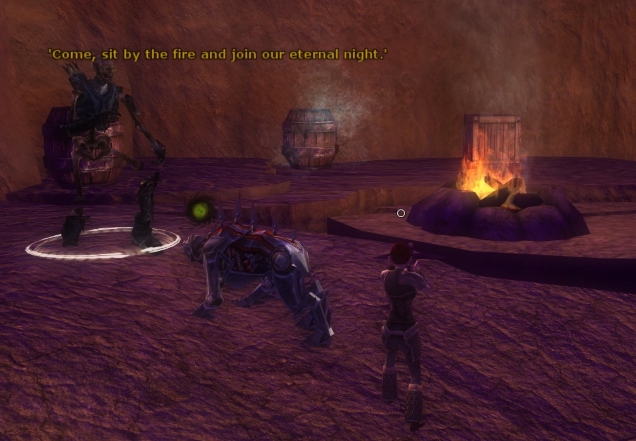 Last week’s signature DDO adventure for me was hoofing it through the Caverns of Korromar as part of my efforts to get through House K quests. I know I’ve mentioned before that I have this negative reaction to seeing “long” or “very long” on the dungeon descriptions, because I know I’m in for a trek. This was a “long” quest, and sure enough, it ended up being about an hour of gameplay for my little solo team.

What initially frustrated me about Caverns of Korromar is that it is anything but a straight-forward dungeon romp. DDO works hard to break me out of established patterns with quests like this, and while I initially balked and grumbled at having to deal with a non-linear mission, in the end it felt satisfying and fair. 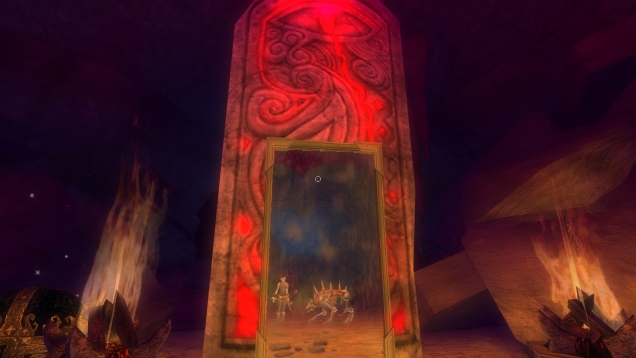 So the story here is that there was a Dwarven excavation deep in the jungle that had become overrun by undead. On top of that, something “evil” is lurking deep within it… and I’ve been drafted to go find out what it was.

It wasn’t an easy task. Just getting TO the excavation was tough enough, since the main gate was sealed and the only way in was through a sewer mini-dungeon. Then I had to find the entrance proper… at which point I was finally at the dig site. Which had five separate instances. And no mini-map within those instances. To make matters even worse, DDO Wiki — which is usually a fountain of useful information — was kind of a bust on this particular quest.

So the idea here is that all five excavation entrances are to the same underground map, just in different areas. By jumping in and out of each of them, I could gradually discover and solve the various clues that would lead to the unlocking of the magically shielded arena in the middle. It wasn’t too tough, just somewhat disorienting — especially at first. I think there was only one fight when things went south quickly and I found myself on the run with only a couple of dozen hit points.

But gradually, I solved all of the pieces (dull-witted that I am) and gained access to the arena. 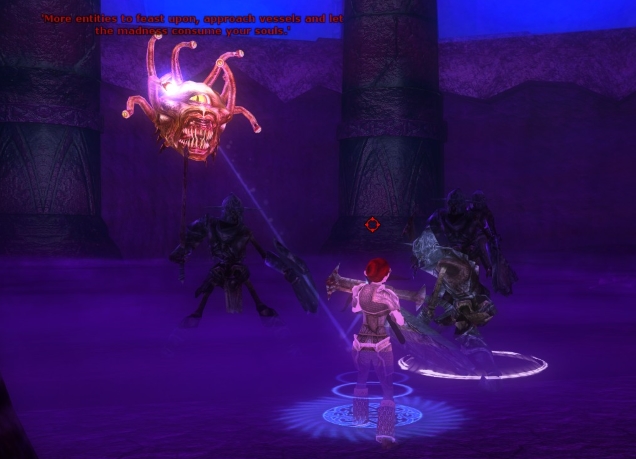 At which point a Beholder started zapping me and I was like “HOLY MOLEY A BEHOLDER!” Trust me when I say I was fortunate to get the above screenshot. Fights in DDO happen very fast and you can get yourself wiped out if you’re lollygagging trying to take screenshots.

It was a surprising and cool end boss, and thanks to my machine gun crossbow and my pocket Cleric, we cleaned up just fine. 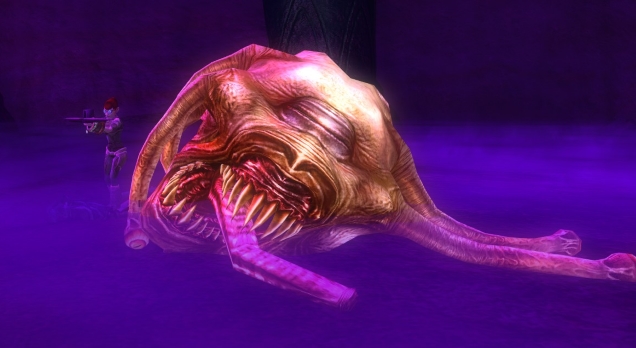 I even had time to take a selfie with the dead Beholder! So majestic in life, so disgusting in death.

8 thoughts on “DDO: Spelunking in the Caverns of Korromar”