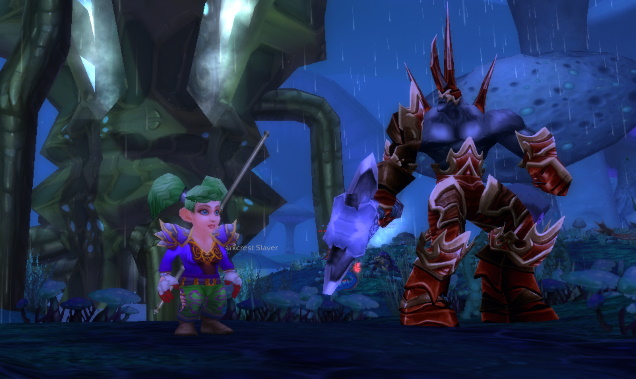 No doubt that by now you’ve read the highly disturbing allegations leveled against Blizzard by the state of California for discrimination, sexism, and abuse in the workplace. The state wants to take Blizzard to court for a jury trial, and there’s no doubt going to be a lot of news following this.

And while the legal process will play out as it does, in the meantime each Blizzard player and fansite writer/streamer will have a court of their own in their hearts. Do they believe these allegations? Does this line up with what we know of Blizzard to date? And if so, what do they do about it?

It’s certainly not the first time that anyone’s dealt with that struggle between liking an art form and hating the artist. I’ve always been of the opinion that you don’t listen to the mob telling you what to feel/do but rather to evaluate it yourself and make a judgment call whether or not you continue to support that. You have to decide what the line is where, if crossed, nixes your patronage.

I’m of the personal opinion that these allegations ring true and probably don’t scratch the surface of some of the really bad stuff that happens behind closed doors in companies where people let power and authority go to their heads. It should be exposed and dealt with, both externally (lawsuit) and internally (clean house and reform).

I’m very disappointed in Blizzard, and that’s putting it mildly. If my daughter went to work at a games company — and I would use every ounce of my persuasion to attempt to convince her not to, based on my experience covering this industry — I would want her to be paid fairly, treated well, and protected from predators. Blizzard, from these indications and others, loves to wave a flag of virtue while letting slime slosh around its corridors.

So I’m done with World of Warcraft and WoW Classic, at least until or unless I see Blizzard making a concerted, genuine effort to reform. I doubt it will. I think we’ll get a lot of noise and fancy-sounding programs, but nothing of real substance. It stinks for me as a gamer — I like these games! — but it’s really nothing compared to those employees affected by such a toxic work environment. So if this is what it takes for any semblance of justice to come about, I’m willing to be challenged in my entertainment choices and forego an MMO that I’ve enjoyed for the better part of two decades.

5 thoughts on “Blizzard, I am disappoint.”