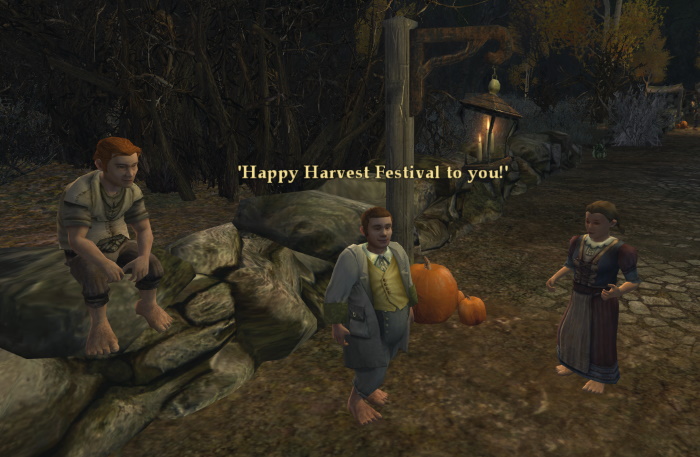 While the Haunted Burrow is all the LOTRO Halloween I *need*, I can be greedy and want more. And that brings me to the fall festival’s OTHER great Halloween addition, Wistmead. It’s been a couple (few?) years since I stepped into this decidedly creepy realm, but I figured that a new character was a perfect chance to re-run the Bingo Boffin story series.

Oh man, I wish SSG would do more of these. The first is great, the second is fantastic.

Uncovering the mystery of “Eerie Acres” goes from taking this from a long-lost legend to a bittersweet tragedy to a present ghost story is so involving. What really tickles me here is that LOTRO does a few things with this quest series that it hasn’t anywhere else.

Such as, for example, taking us inside the postal office in Michel Delving. So well done, and I like how the letters are read with a ghostly blue hobbit standing in for the writer. 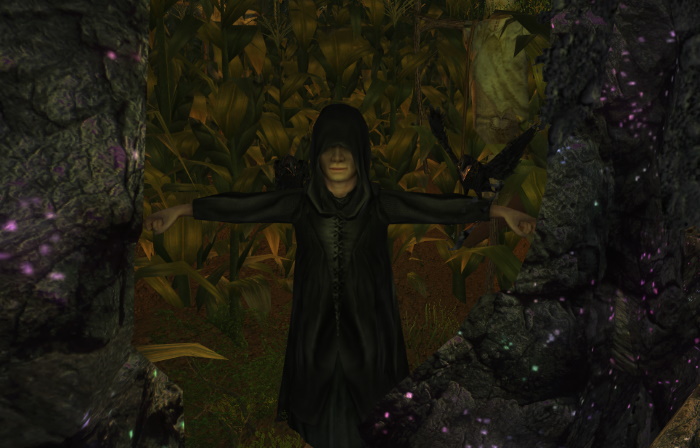 But the real pièce de résistance was the haunted barn that all of this leads up to. It would be a good showpiece by itself, but the quests before it really helped to set the scene for what’s to happen here. You know all of the creepy stories, you know some of the tragic tale of Cleary, and you’ve met the spectral presence.

I love the way that the house silently dissolves certain walls to show little dioramas from the creepy tales. Some are creepier than others, but the scarecrow man takes the cake for me. And how about those stairs that keep going and going and going up? By the time you get to the top, you almost don’t want to go into the attic.

Anyway, I know I wrote about this back in the day, but I quite enjoyed going through it again and thought I’d pile on a few more kudos for whoever made this quest.