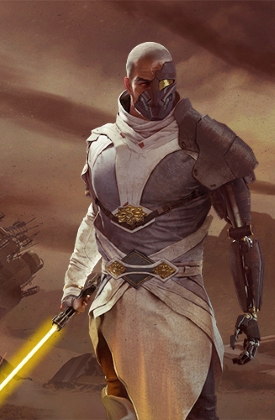 1. SWTOR is gunning for a Guiness World Record of longest game name + expansion name combo here. And KotFE? No quick and easy way to abbreviate and/or say that!

2. Slightly wondering if the “Knights” part of the title is intended to make a connection in gamers’ minds to Knights of the Old Republic. They do sound similar, do they not? Milk that franchise nostalgia!

3. The trailer is… dark, disturbing, and really cool. I don’t think I envisioned the emperor looking like a well-groomed whisky spokesman. I like how much of a story it tells without dialogue, and that final bit where the emperor looks down with those yellow eyes — chills. Although what kills the black-clad brother? I didn’t quite get that.

4. For the record, I’m incredibly thrilled at this announcement. It’s not a smallish expansion pack that we’ve had in the past, but a full-blown one that’s making a big deal out of “returning to storytelling” and starting a new saga that will have multiple chapters.

5. At first, it seemed weird that BioWare’s not going to sell the expansion and make a good chunk of up-front money on it the way it did with Shadow of Revan, Hutt Cartel, etc. However, the business strategy here quickly becomes apparent — to get subscriptions and keep subscriptions. There are huge incentives to subbing now and staying subbed after the expansion launches, and of course that will be on top of all of the other cartel market offerings. It’s a different move that could actually pay off handsomely.

6. Not subbing right now is a viable F2P option, but one will need to sub at least for a month to get the initial 9 chapters of the expansion. The question for me is what I’m going to do. All I want to do is continue on with my Agent, not bring up a new character, so the 12x thing isn’t a huge deal to me. And the new companion and his gear… eh. I’ve got HK-51, that’s all I need.

7. It really looks like BioWare’s trying to blur/eliminate faction lines to make the most of its development dollars. Two faction stories is more expensive than just one, after all.

8. I love, love the look of the twins, the sky troopers, and all of the ships. It’s sharp and threatening and should make for a worthy challenge.

9. Getting a major SWTOR expansion out a couple of months prior to The Force Awakens is really smart, too. Gonna be high tide for Star Wars enthusiasm, and BioWare will want to make the most of that, I’m sure.

10. The option/gift to get an instant level 60 character has me feeling as though BioWare is in effect doing a soft reboot of the game. This is SWTOR 2.0, with the old Revan storyline wrapped up and a new storyline and episodic format to come. Not the worst idea, I guess, but I have mixed feelings about casting everything that came before aside.

11. Little disappointed that there won’t be any new classes or advanced classes. Would’ve liked to have seen that.

17 thoughts on “11 quick thoughts on SWTOR: Knights of the Fallen Empire expansion announcement”